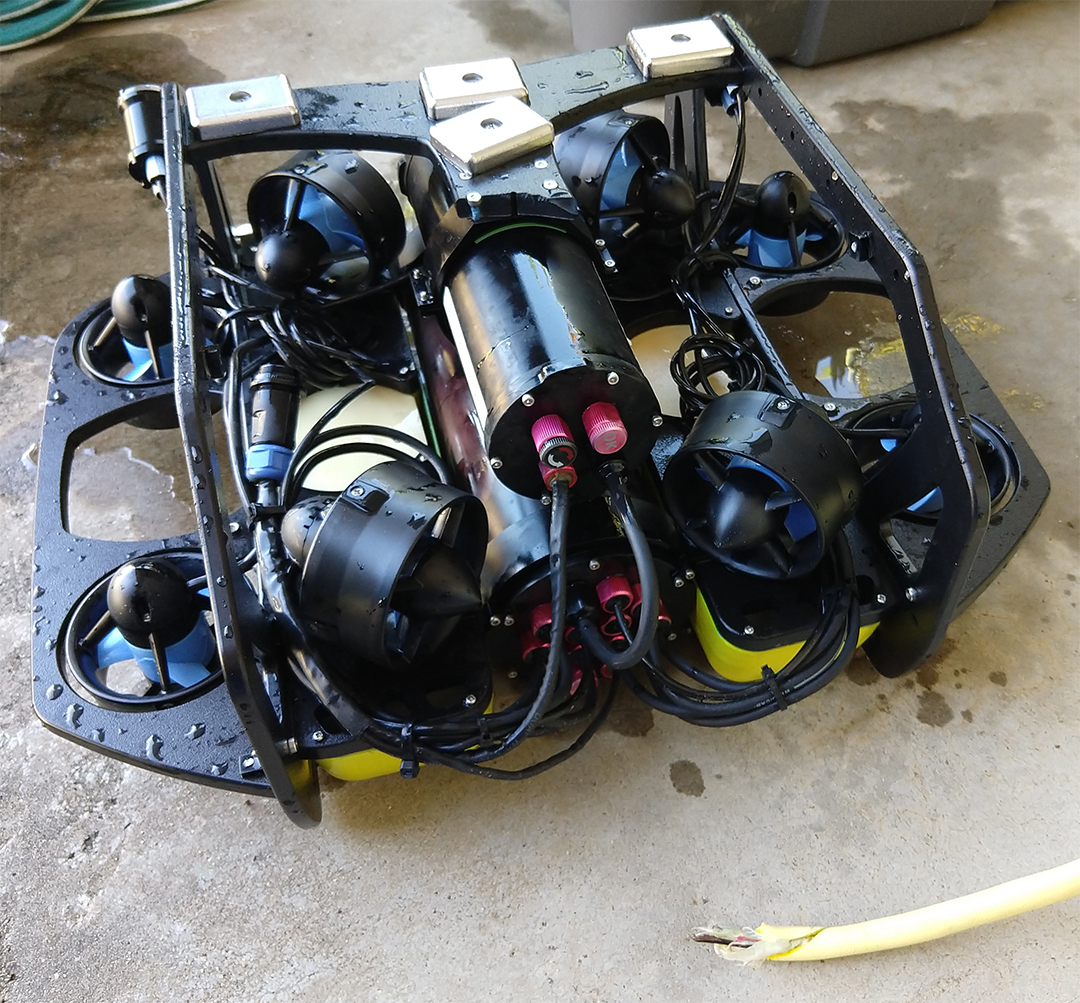 Bob the Robot was bobbing around on the ocean surface in only 1 meter of water after a long day of showing people from around the world the wonders of the Great Barrier Reef.

It is a beautiful calm, clear day and Bob is floating less than 10 meters behind our support vessel. The support vessel is covered in ‘Keep Clear – Research’ signs, dive flags and is also kilometres away from the nearest dive site or island.

Suddenly, Bob was hit by something going so fast the security cameras only registered it as a blur. Some silly idiot had not only hit the coral reef at full speed in their boat but had also cut Bob’s tether violently in the process, ripping the lower half of Bob’s frame clean off.

Although this was not the end for Bob, as he is one very very tough robot!

The silly idiot who hit Bob sped off without rescuing Bob from the water, so Bob continued to float against all odds, now untethered, bobbing from reef to reef off Cairns as the tides and currents dictated.

Thankfully, almost 24 hours later an awesome fisherman found Bob floating across the shipping channel and immediately called the emergency number on the robot.

On Bob’s return to land, he underwent emergency surgery to replace his broken frame and attach a new tether.

We are happy to announce that Bob survived his emergency surgery and will be back out on the coral reef soon – ready to show more people the wonders of the Great Barrier Reef!